Carnegie Harriers have been marking their 30th year in 2021, with a series of events which brought runners together once again to enjoy friendly competition in real races.

The club was formed in 1991 with 40 members and has welcomed many runners from Dunfermline and beyond over the years including athletes who have represented Scotland and Great Britain at international level. The club currently has over 100 members with several signing up in the past year despite restrictions on training and racing.

“During a very challenging period Carnegie Harriers has worked hard to keep members involved and motivated to keep running, and feel part of the club. We’ve had a series of virtual races where members timed themselves over set distances or times and then as things eased we were able to move to training and racing in bubbles. We also had some very successful virtual social events including quizzes and the legendary Harriers Christmas party! We’re looking forward to the coming year and hopefully getting back to real racing and welcoming runners from all over Scotland to our very popular Devilla Races in February 2022.” 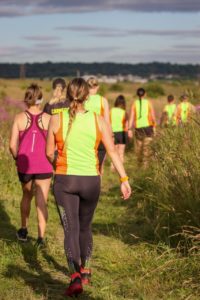 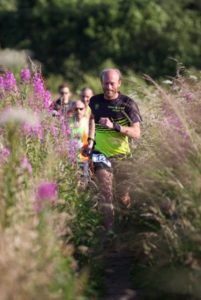 New member, Fraser Thompson explained what joining the Harriers has given him

“ I joined the club just as lockdown was easing in 2020 and training in bubbles was starting, everyone was so welcoming and training in small groups was great to really get to know other club members. I was apprehensive since I’ve always been a short distance runner but the club really has something for everyone. Now I’m starting to eye up the longer distance events which the training and internal club races has given me the confidence to go for!”

Long term member Stephen Greer has been a member since 1991, 6 weeks after the club was launched. He said

“Carnegie Harriers has been a big part of my life. The club is more than just the training. We socialise together, we compete together. We’ve won prizes at races in which we were drunk before we travelled home!” 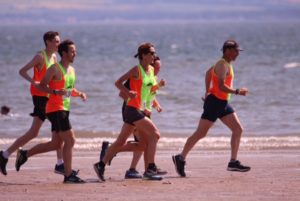 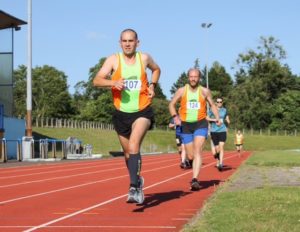 “I was tired of running by myself since March and I was already an experienced runner but had always been afraid of Scottish athletics speedsters! I was super encouraged by all. I was grouped with people who ran around the same speed as me so it wasn’t as daunting as being with everyone. It was easier to get to know people with it being a smaller group so actually suited me well. It’s just been wonderful to run with others, and get the motivation to do the harder sessions. I have made friends and have company on weekend runs at times too. It’s been a great choice to join the Harriers, and I’m thoroughly enjoying it.”

One of the highlights of the 30th birthday celebrations was the Carnegie Harriers Tour of Fife from 14 to 18 July, which included 5 events on consecutive days for club members. Runners raced over cross country, hills, track, beach and trails covering a total distance of 30km.

Carnegie Harriers is always open to new members – whether they’ve been running for years or started during Covid – anyone thinking about joining a club can come along and try a few sessions.